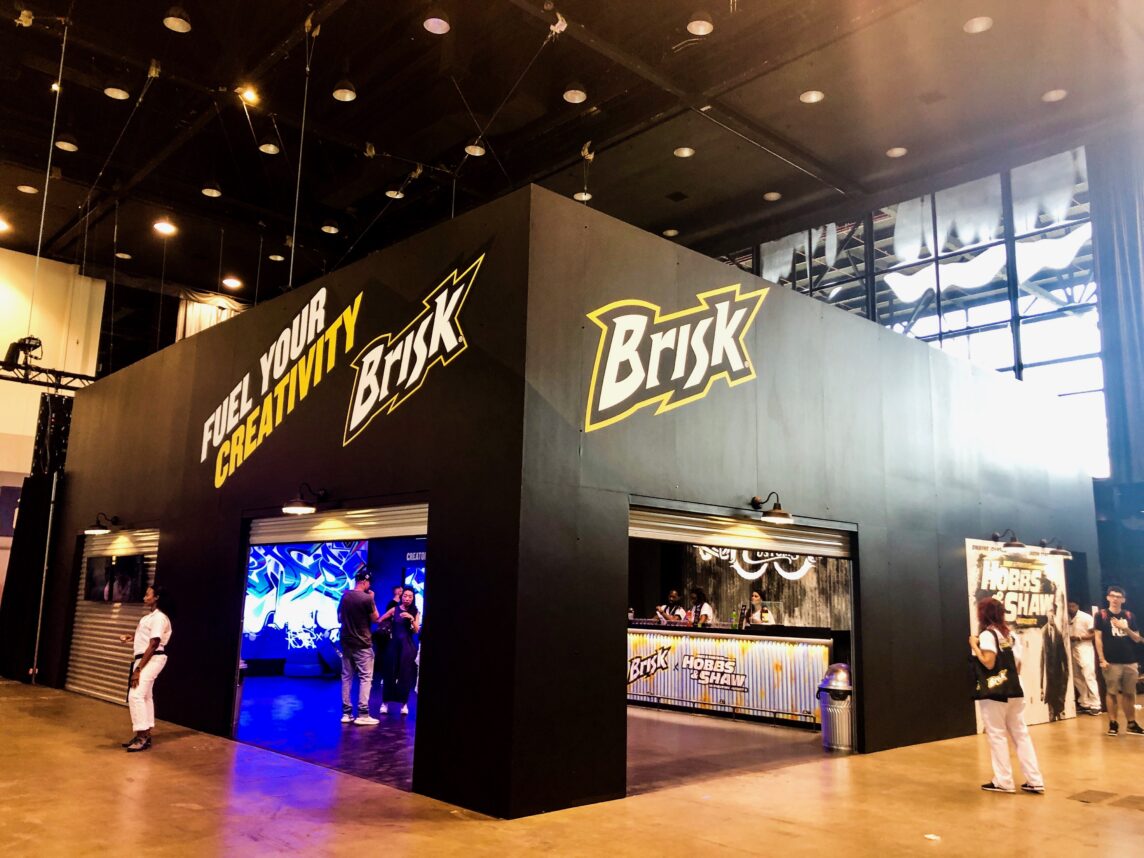 Brisk’s 2019 campaign is anchored around their partnership with the Universal Pictures blockbuster Hobbs & Shaw, coupled with an ongoing brand initiative to “Fuel Your Creativity.” To support the film’s release, Brisk signed on as a featured sponsor of ComplexCon’s inaugural Chicago event. Track worked closely with both Brisk and Complex to build an exciting, full-throttle experiential activation within a highly competitive space.

The Hobbs Garage, built to look like the garage from the film, housed a Brisk bar with exclusive samples: custom cans of Whup-Ass, including individual cans that provided a choice between Hobbs or Shaw. Blended cocktails, made with Brisk, were created for ComplexCon’s main event. For more hands-on engagement, Track produced Universal’s “Take ‘Em Down” set, which taught attendees how to participate in an action movie – and fueled them to create socially-shareable content. Additionally, Chicago artist Ascend made a creative contribution to the space with a large, hand-painted mural.